The Prussian Prime Minister and German Chancellor Otto von Bismarck (1815–1898) was a personality who was viewed controversially far beyond the borders of Germany.


After his dismissal in 1890, Bismarck became the central symbolic figure of the German Reich. Not only numerous monuments, among them the 34 m high Bismarck monument in Hamburg, but also 240 "Bismarck towers" memorialised the "Iron Chancellor" and founder of the Reich. Bismarck's conservative-monarchical policy was controversial even during his lifetime, but not even prominent liberal critics, such as historian Theodor Mommsen or sociologist Max Weber, could detract from his popularity. Bismarck also created one of the foundations of the modern welfare state with by introducing social insurance. The Bismarck myth survived the fall of the monarchy in 1918, so that it later became easy for the National Socialists to portray Hitler in Bismarck's continuity as the culmination of his work. 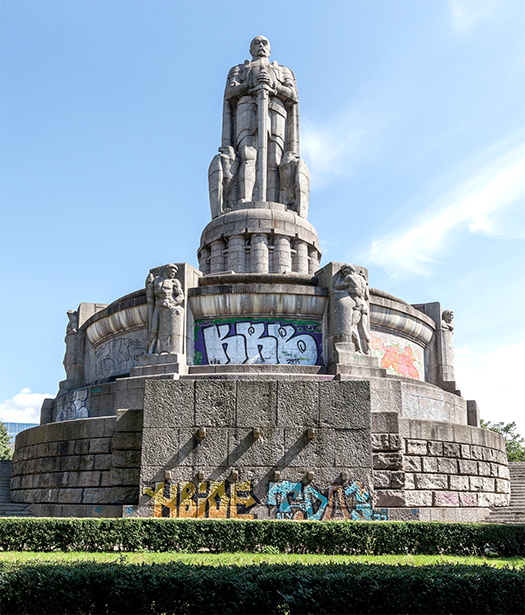 After 1945, Bismarck was regarded in the GDR as Hitler's forerunner. The house where he was born was demolished and even the "Bismarck Herring" had to be referred to as "Delikatesshering" (“delicacy herring”). In the Federal Republic of Germany of the 1950s, people distanced themselves rather cautiously from Bismarck, but also tried to deconstruct the thesis of Bismarck's continuity with Hitler. In the face of the loss of the nation-state and Franco-German understanding, however, his myth became less and less important.


In Poland, Bismarck was regarded as the embodiment of all the negative characteristics of the Germans because of his negative policy on Poland. Criticism was levelled at the expulsion of some 30,000 Poles in 1885, the establishment of the Prussian Settlement Commission in 1886, which was to buy up large Polish estates and sell them to German settlers, and the Kulturkampf against the Catholic Church and its alliance with Russia. An anti-Polish continuity from Frederick II via Bismarck to Hitler enjoyed widespread acceptance in Poland. Until 1989, Bismarck was still regarded by the general public as a symbol of the evil German, despite a number of weighing-up judgments by Polish historians. But already in the 1980s did the negative Bismarck myth lose its significance in Poland. In particular, memorial sites associated with Bismarck in Polish Pomerania were used to provide a more positive image as a carrier for regional marketing. In addition, the history of the Bismarck family was regarded more nuanced in the surroundings of Szczecin, where two members of the family were engaged in establishing an international educational centre in a manor house once belonging to Bismarck’s brother in Kulice.


The relationship to Bismarck in the Baltic states is complex. For the Baltic Germans, he was on the one hand a hero of the establishment of German national state, but on the other hand, Bismarck strictly refused to support Baltic Germans against the Russian Czars, who were applying reforms to the Baltic provinces which undermined the privileges of the Baltic Germans. Although Bismarck knew the Baltic provinces well and had many personal friends among the Germans there, he could not allow confrontation with Russia to endanger his Reichsgründung. As for Estonians, although the historic Bismarck figure is not relevant at all, there is, curiously enough, a card game named Bismarck, still occasionally played. The regeneration of a cult of Bismarck in Estonia is an aspect of the fancying of the Baltic German manorial culture.


In 1898, the Warsaw weekly Tygodnik Ilustrowany reported on the recently deceased Chancellor under the title "The Great Crusader":

A terrible man has died, [...]. The Prussian Junker, this typical descendant of the old crusaders, revealed with all his splendour and glory a spirit of contempt for the weaker, malice towards the stronger, an ethics of the fist and a deification of the right of the stronger [...].".

My presence may have suddenly made the Baltic Sea region representational to him. He respected and loved people there... In quick succession he asked about people and conditions - showing a lively interest and an astonishing memory... Finally, he turned again to the Baltic Sea provinces. A series of happy days passed his mind, hunting pictures appeared in front of him. Our wonderful winter forest and his big moose and bear, which he had hunted down. Again I felt it, he loved the land and it hurt him that everything had come as it had to come. - Before he picked up the table, the prince ordered a bottle of sparkling wine to be brought, and when it was sparkling in the glass, he raised his bottle and drank it to me, emptying it for a draught, and solemnly said: "To the good of your unhappy, beautiful homeland. No one can help her. Only the one who makes good of bad weather - he can.” 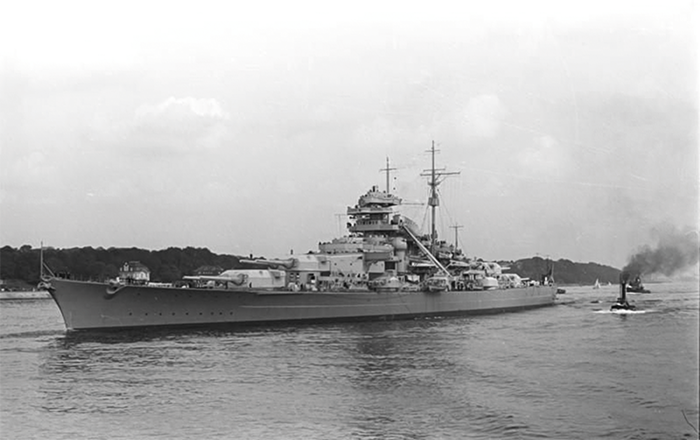 Fig. 37: The German battleship 'Bismarck', launched in 1939
It was the largest ship of the National Socialist navy
Source: Das Bunderarchiv. https://commons.wikimedia.org/wiki/File:Bundesarchiv_Bild_193-04-1-26,_Schlachtschiff_Bismarck.jpg 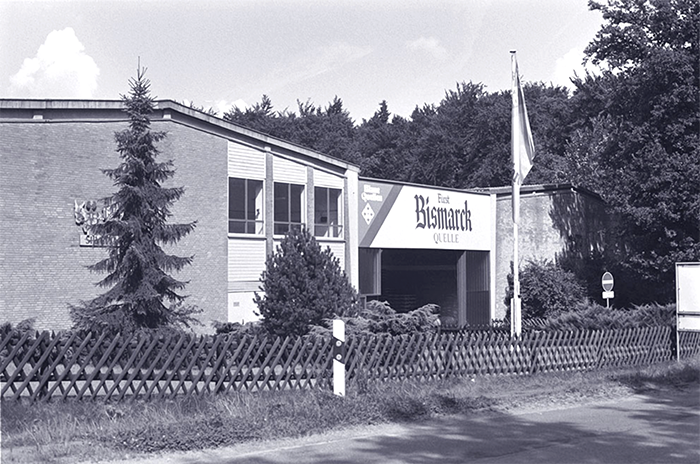 In 2005, a Bismarck memorial obelisk was rebuilt in the Masurian village of Nakomiady. The memorial stone was erected before 1945, when Masuria still belonged to Germany. There was a dispute about the reassembly: Most of the inhabitants of the village were in favour of rebuilding the obelisk. Others accused them of honouring a politician who fought against Poland and the Catholic Church.

“The storm around the obelisk of the Iron Chancellor in Nakomiady helped to extract energy from the village inhabitants and motivate them to act for their own benefit," says Halina Szara, a village inhabitant and councillor of the Kętrzyn commune. Earlier, without asking the people from Nakomiady for their opinion, she led to exposing the obelisk in the village. [...]

The memorial to the Prussian Chancellor Otto von Bismarck from 1899 was again erected in Nakomiady in the autumn of 2005 - earlier, since the 1960s, it had been buried underground. The Council for the Protection of Memory of Struggle and Martyrdom is against its exposition, but the villagers voted to leave it there. In February, the district inspectorate of construction supervision ordered the head of Kętrzyn Sławomir Jarosik to remove the obelisk. Reason? No permission to expose the obelisk again. A few days ago the inspector confirmed the decision from February. Jarosik believes that he did not break the law and does not intend to dismantle the obelisk. [...]

The German historian Volker Ullrich judged Bismarck's importance after 1990 in 2006:

Bismarck no longer plays a significant role in the historical policy of the second German nation state. He is neither hero nor scapegoat, neither myth nor demon. [...] Perhaps it can be said that this controversial statesman only now belongs entirely to history - and that we can therefore look at his achievements and his limits more unprejudiced than previous generations were able to.

Celebrations of the 200th birthday of Bismarck in Raikküla, the conference, the planting of an oak tree and opening of the Bismarck bench:

He is first of all praised for the unification of Germany. He is known also for introduction of the politics of “blood and iron”, which created the balance of power in Europe in the last decades of the 19th century. Much is this great man known for his visits to Estonia and his friendship with the manorial lord of Raikküla, Alexander von Keyserling. [...] Otto von Bismarck and Alexander von Keyserling got acquainted in the university and were befriended until the end of the life. Bismarck visited Raikküla twice 1860. and 1867. He also planted an oak tree in the garden.